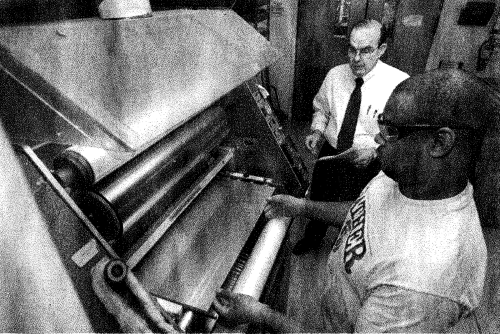 In 1978, NW Etch was established as Northwest Chemical Milling Company in Renton, Washington by Carl Whinery.

As the company matured, it became known for its willingness to undertake projects that were considered ‘impossible’ and ‘theoretically’ outside the scope of photo chemical machining capabilities.

During those early years, NW Etch was recognized by Rockwell International for its participation in the NASA manned spacecraft program with an Exceptional Company Performance Award in 1989. In 1990, the company moved operations to Tacoma with the purchase of a 22,400-square- foot building. The company demonstrated its concern for the environment by building the industry’s first waste water ion exchange recycling system. The system maintained a closed loop system where no discharge of waste water is made from the plant into the local municipal system. Carl Whinery retired in 2005, and sold to his long time Controller John Dooley, in 2006. Early in his ownership, John brought in his sons Sean and Glenn to learn and manage the business.

After several years of “semi-retirement” for John, Sean and Glenn purchased the family company in 2017. Sean and Glenn built on Carl’s legacy and continued the NW Etch tradition of making the impossible possible. 2018 marks NW Etch's 40th Anniversary of providing expertise in photochemical machined solutions and products to customers all over the world.

Today NW Etch is a thriving company delivering products to 26 states and 10 foreign countries on five continents. With the capability of being able to laminate, image and etch thin metal of up to 60" through multiple production conveyor lines using variable chemistries, NW Etch continues to occupy a unique place in the photo chemical machining market. 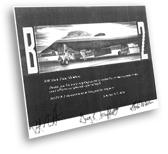 “Thank you for your ongoing quest to exceed customer expectations, your efforts are greatly appreciated!”

What is Photo Etching

Photo etching vs. other metal fabrication

See how photo etching measures up with stamping, laser and waterjet cutting

Our technical guidelines on designing for the photo etching process